Homily on the Transfiguration of Christ (St. Cyril of Alexandria) 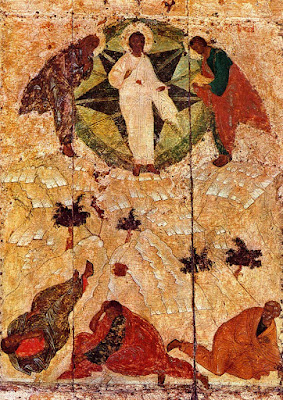 By St. Cyril of Alexandria
(Commentary on Luke, Homily 51)

But I say unto you truly, there are some standing here who shall not taste of death, until they have seen the kingdom of God. After about eight days, He took Peter, and John, and James, and went up to the mountain to pray. And while He was praying, the look of His countenance was altered, and His raiment was white, shining like lightning. And behold! two men talked with Him, who were Moses and Elijah, who having appeared in glory, spoke of His death that He was about to accomplish at Jerusalem. Peter and they that were with him however were heavy with sleep, but having roused themselves, they saw His glory, and the two men that stood with Him. And it came to pass, that when they were separating from Him, Peter said unto Jesus, "Master, it is good for us to be here. Let us make three tabernacles, one for You, one for Moses and one for Elijah," not knowing what he was saying. While he spoke these things, there came a cloud, and overshadowed them; and they feared as they entered the cloud. And there was a voice from the cloud, saying, "This is My beloved Son, hear Him." And when there was the voice, Jesus was found alone; and they kept silence, and told no man in those days any of the things they had seen. (Luke 9:27-36)

Those who are skillful in the combat rejoice when the spectators clap their hands, and are roused to a glorious height of courage by the hope of the chaplets of victory. So those whoso desire it are to be counted worthy of the divine gifts, and who thirst to be made partakers of the hope prepared for the saints, who joyfully undergo combats for piety's sake towards Christ, and lead elect lives, not setting store by a thankless indolence, nor indulging in a mean timidity, but rather manfully resisting every temptation, and setting at nought the violence of persecutions, while they count it gain to suffer on His behalf. For they remember that the blessed Paul thus writes, "The sufferings of this present time are not worthy of the glory that is about to be revealed in us."

Observe, therefore, how perfectly beautiful is the method which our Lord Jesus Christ uses here also for the benefit and edification of the holy Apostles. For He had said unto them, "Whosoever will come after Me, let him deny himself and take up his cross every day, and follow Me. For he that will save his life shall lose it; and he that will lose his life for My sake shall find it." The commandment is indeed both for the salvation and honor of the saints, and the cause of the highest glory, and the means of perfect joy. For the choosing to suffer for the sake of Christ is not a thankless duty, but on the contrary makes us sharers in everlasting life, and the glory that is prepared. But as the disciples had not yet obtained power from on high, it probably occasionally happened, that they also fell into human weaknesses, and when thinking over with themselves any such saying as this, may have asked "how does a man deny himself?" or "how having lost himself does he find himself again?" And "what reward will compensate those who thus suffer?" Or "of what gifts will they be made partakers?" To rescue them therefore from such timid thoughts, and, so to speak, to mold them unto manliness, by begetting in them a desire of the glory about to be bestowed upon them, He says, "I say unto you, there are some of those standing here, who shall not taste of death until they have seen the kingdom of God." Does He mean that the measure of their lives will be so greatly prolonged as even to reach to that time when He will descend from heaven at the consummation of the world, to bestow upon the saints the kingdom prepared for them? Even this was possible for Him, for He is omnipotent, and there is nothing impossible or difficult to His all-powerful will. But by "the kingdom of God" He means the sight of the glory in which He will appear at His manifestation to the inhabitants of earth: for He will come in the glory of God the Father, and not in low estate like unto us.

How therefore did He make those who had received the promise spectators of a thing so wonderful? He goes up the mountain taking with Him three chosen disciples, and is transformed to so surpassing and godlike a brightness, that His garments even glittered with rays of fire, and seemed to flash like lightning. And besides, Moses and Elijah stood at Jesus' side, and spake with one another of His departure, which He was about, it says, to accomplish at Jerusalem: by which is meant the mystery of the dispensation in the flesh; and of His precious suffering upon the cross. For it is also true that the law of Moses, and the word of the holy prophets, foretold the mystery of Christ: the one by types and shadows, painting it, so to speak, as in a picture; while the rest in manifold ways declared beforehand, both that in due time He would appear in our likeness, and for the salvation and life of us all, consent to suffer death upon the tree. The standing, therefore, of Moses and Elijah before Him, and their talking with one another, was a sort of representation, excellently displaying our Lord Jesus Christ, as having the law and the prophets for His body guard, as being the Lord of the law and the prophets, and as foreshown in them by those things which in mutual agreement they before proclaimed. For the words of the prophets are not at variance with the teachings of the law. And this I imagine was what Moses the most priestly and Elijah the most distinguished of the prophets were talking of with one another.

But the blessed disciples sleep awhile, as Christ continued long in prayer - for He performed these human duties as belonging to the dispensation - and afterwards on awaking they became spectators of changes thus splendid and glorious. And the divine Peter, thinking perchance, that the time of the kingdom of God was even now come, proposes dwellings on the mountain, and says that it is fitting there should be three tabernacles, one for Christ, and the others for the other two, Moses and Elijah. "But he knew not," it says, "what he was saying." For it was not the time of the consummation of the world, nor for the saints to take possession of the hope promised to them; for as Paul says, "He will change our humble body into the likeness of His, that is, Christ's glorious body." As therefore the dispensation was still at its commencement, and not yet fulfilled, how would it have been fitting for Christ to have abandoned His love to the world, and have departed from His purpose of suffering in its behalf? For He redeemed all under heaven, by both undergoing death in the flesh, and by abolishing it by the resurrection from the dead. Peter therefore knew not what he said.

But besides the wonderful and ineffable sight of Christ's glory, something else was done, useful and necessary for the confirmation of their faith in Him: and not for the disciples only, but even for us too. For a voice was given forth from the cloud above, as from God the Father, saying: "This is My beloved Son, hear Him. And when there was the voice," it says, "Jesus was found alone." What then will he who is disputatious and disobedient, and whose heart is incurable, say to these things? Lo! Moses is there, and does the Father command the holy apostles to hear him? Had it been His will that they should follow the commandments of Moses, He would have said, I suppose, "Obey Moses; keep the law." But this was not what God the Father here said, but in the presence of Moses and the prophets, He commands them rather to hear Him. And that the truth might not be subverted by any, affirming that the Father rather bade them hear Moses, and not Christ the Savior of us all, the Evangelist has clearly marked it, saying, "When there was the voice, Jesus was found alone." When therefore God the Father, from the cloud overhead, commanded the holy apostles, saying, "Hear Him," Moses was far away, and Elijah too was no longer nigh; but Christ was there alone. Him therefore He commanded them to obey.

For He also is the end of the law and the prophets, for which reason He cried aloud to the multitudes of the Jews: "If ye had believed Moses, ye would have believed Me also, for he wrote of Me." But as they persevered even unto the end in despising the commandment given by the most wise Moses, and in rejecting the word of the holy prophets, they have justly been alienated and expelled from those blessings that were promised to their fathers. For "obedience is better than sacrifices, and to hearken than the fat of rams," as the Scripture saith. And thus much then of the Jews, but upon us who have acknowledged the revelation, all these blessings have necessarily been bestowed, by means of and as the gift of the same Christ, by Whom and with Whom, to God the Father be praise and dominion, with the Holy Spirit, forever and ever. Amen.
Posted by Jean Khoury BSc MA at 5:26 pm

Email ThisBlogThis!Share to TwitterShare to FacebookShare to Pinterest
Labels: Cyril of Alexandria, Transfiguration 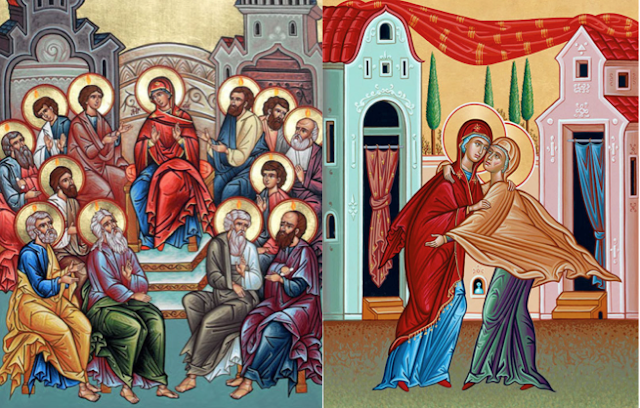 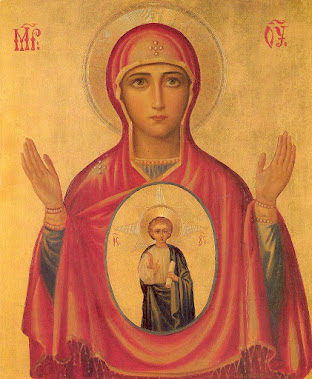